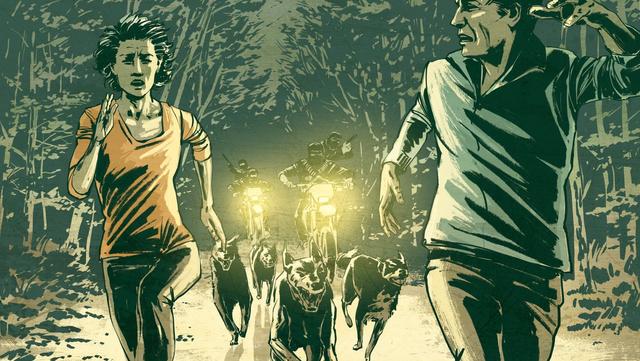 A few months later, men drove on black motorcycles without license plates in front of the house in which Machado lived with his girlfriend and her three children.The men kicked the door, demanded that he come out.Macado was not at home.The same afternoon they packed their backpacks to pull away.But when they wanted to leave, the men came back, so Machado says.The family stayed in the house, the light was eliminated, kept silent."When you get out, they shoot you," he says, with tears in their eyes.

Criminal groups such as paramilitaries today fill the power vacuum in Colombia that the Farc Guerilla has left since the 2016 peace treaty-the government is unable to secure the areas that were formerly controlled by the rebels.The criminals check drug cultivation, collect faults, but also expand into environmental crime such as illegal mining.A report by the non -governmental organization PAX also reveals connections between paramilitaries and mining companies - two companies are said to have supported death squadrons financially and logistically during the conflict in Colombia so that these mining locations protect against guerrilla attacks. 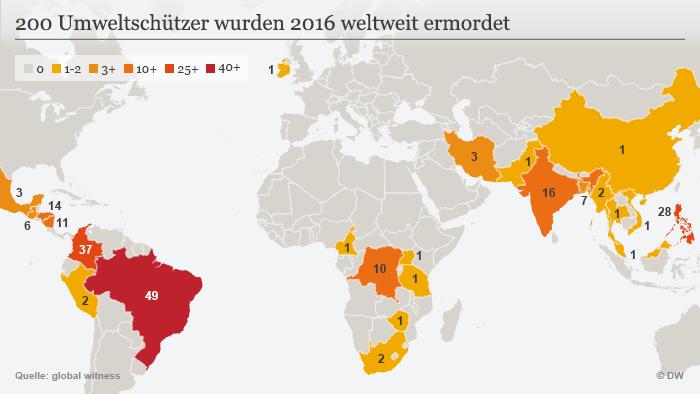 The right paramilitary group AGC, Autodefensa Gaitstißenta Colombia, has covered Machados hometown with its abbreviations: they wrote it on walls, on street signs, a demonstration of their strength.They also smeared their graffiti on his mother's house - and distributed flyers, on which they explained all environmentalists to "military goals".It remains unclear whether they act independently or in whose order remains unclear.

“Kill them, get it ready.This is my command "

In the Philippines it is the state itself that threatens environmentalists - under President Rodrigo Duterte, the police and military murder regime critics and activists of all kinds, including indigenous groups who want to protect their country.Violence against indigenous people is widespread worldwide: According to global witness, more than a third of all murdered environmentalists between 2015 and 2019 were indigenous.

On 30.December 2020, security forces entered the Tumandok site early in the morning, a community on the Filipino island of Panay.Police officers and soldiers killed nine leaders and found 17 more.Blood -soaked floors can be seen in pictures.According to the police, the killed would have opposed the arrest and shot.