A step towards clean ship dismantling 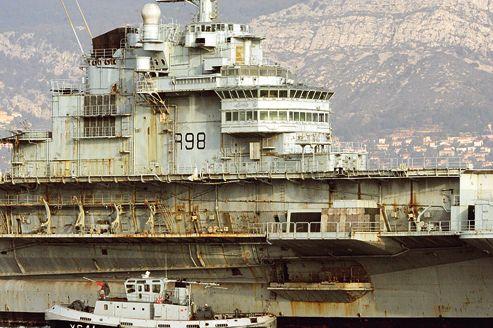 Is it because of the incredible journey of Clemenceau a few years ago? The National Assembly voted last week to ratify an international convention (the Hong Kong Convention) which dates from 2009 and regulates the dismantling of out-of-service ships. If, as expected, the Senate follows suit in the fall, France will be the first country to truly commit to this.

Accused of sending the old aircraft carrier stuffed with asbestos to under-equipped Indian shipyards to process this type of dangerous material, France, singled out by NGOs, was forced in 2006 to repatriate it to territorial waters. . It will finally end its journey in an English shipyard.

The purpose of the Hong Kong Convention is to facilitate safe and environmentally friendly ship recycling. In particular, it requires shipowners to provide dismantling yards with a list of the dangerous materials contained in the ship before it is destroyed and provides for penalties in the event of violation of these provisions. The vast majority of old ships are still dismantled in Alang Bay on the coasts of India, Bangladesh or even China under disastrous conditions for the workers involved and for the environment, but financially advantageous for the shipowners.

“It's a convention steeped in good intentions,” underlines the ecologist deputy and rapporteur for the text, Noël Mamère. “It has the particular advantage of associating the IMO (International Maritime Organization) and the ILO (International Labor Organization)”, he adds. "This agreement represents progress", recognizes for her part Christine Bossard of the Robin des Bois association, who has made monitoring garbage ships one of her specialties.

However, it may take many years before it can be effectively applied. So far, five countries have signed it: in addition to France, these are Italy, the Netherlands, Turkey and Saint Kitts and Nevis. But in addition to the signature (which underlines the intention) there must be a ratification which alone entails a legal obligation. However, the convention “can only come into force two years after having been ratified by at least fifteen countries representing 40% of the world fleet and 3% of recycling capacities”, further specifies Noël Mamère. And, at this level, France is all alone!

The most pessimistic also recall that this regulation, which will only apply to the countries involved, therefore excludes boats sailing with a flag of Liberia, Panama or Tuvalu. Admittedly, 45% of the ships going to be scrapped today belong to a European shipowner, "but three-quarters fly the flag of another country", insists Christine Bossard, "and it is not uncommon for a boat leaving to be dismantled, changing flags along the way".

In the meantime, Europe should take over. "But if yesterday it was considering an early application of the convention or even to broaden the constraints, today it has put its ambitions on the back burner", still regrets the Robin des Bois association. However, the number of ships that are dismantled each year continues to grow. From 300 between 2004 and 2006, they rose to 450 at the end of 2008 and now number a thousand.