Slapstick in "Help I Shrunk My Friends" 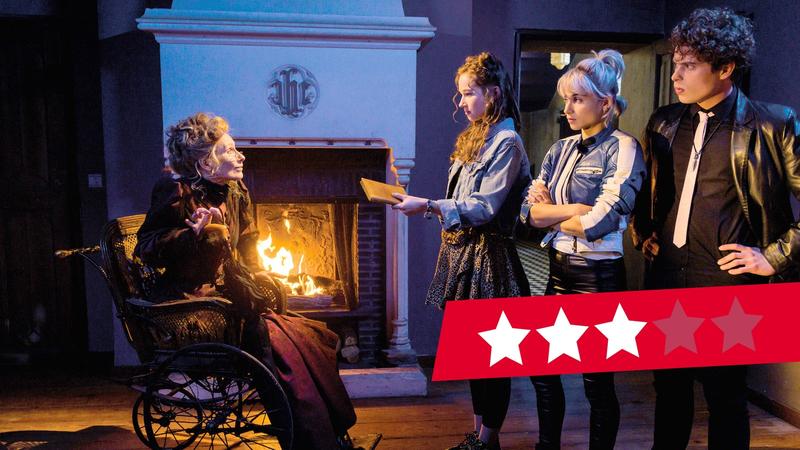 Suddenly shrunken people are not new to cinema. Back in 1989, Rick Moranis accidentally let his children grow up.

The German version of this idea has now got a sequel again. With "Help, I shrunk my friends", the third adventure about the student Felix and his friends is coming to the cinemas. After his teacher and then his parents caused trouble in the first two parts as miniature editions, the eighth grader shrinks his friends in the latest adventure.

The squad around Felix (Oskar Keymer) and Ella (Lina Hüesker) has now reached puberty. And that includes falling in love for the first time. Stupidly, Ella just wants to reveal her tender feelings to Felix when he meets his new classmate Melanie (Lorna zu Solms) and is immediately fascinated. 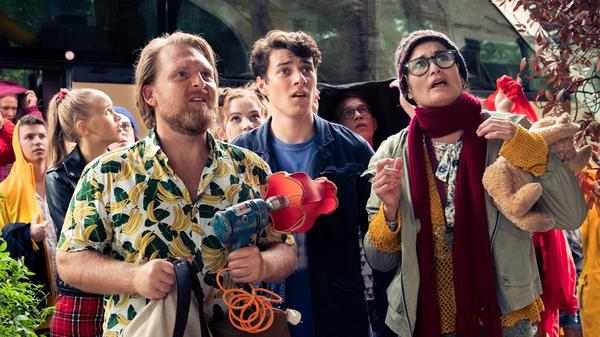 What he doesn't know is that the new girl is up to something. The former school director Hulda (Andrea Sawatzki) also has evil intentions and wants to challenge the spirit of the school spirit Otto Leonhard (Otto Waalkes) for it. He expresses his thoughts about paintings and talks to Felix about a bust to teach him how to shrink. With this magic trick, the student should protect Leonhard's treasures. But something goes wrong on the class trip to Leonhard's birthplace.

The family film is about first love, eternal life, family life and the value of friendship. However, it sometimes seems a bit undecided as to whether it is aimed more at younger children or at least teenagers. In many places, the slapstick elements are too exaggerated for a film that actually has cooler young people as its target group.

Parents also get their money's worth

On the other hand, under-tens might like this humor, but they might have trouble identifying with the significantly older main characters. In the first edition of the trilogy, which was released in cinemas in 2015, it logically fitted together much better. As it is, the jokes are still in their infancy in some places, while the main actors have continued to grow.

The film by Granz Henman is the conclusion of the film series. According to production figures, more than 2.2 million people watched the first two parts in cinemas in Germany and Austria. You don't have to have seen the first two parts to see the third film. But if you know them, you can look forward to the same main actors.

Anja Kling plays the shy, slightly off-balance headmistress, and Axel Stein once again plays Felix's father, who is not to be taken too seriously. When he's looking forward to the school trip like a prince, throws on his mixtape on CD in the bus and Haddaway blasts "What is Love" out of the speakers, the parents in the cinema should also have something to laugh about.