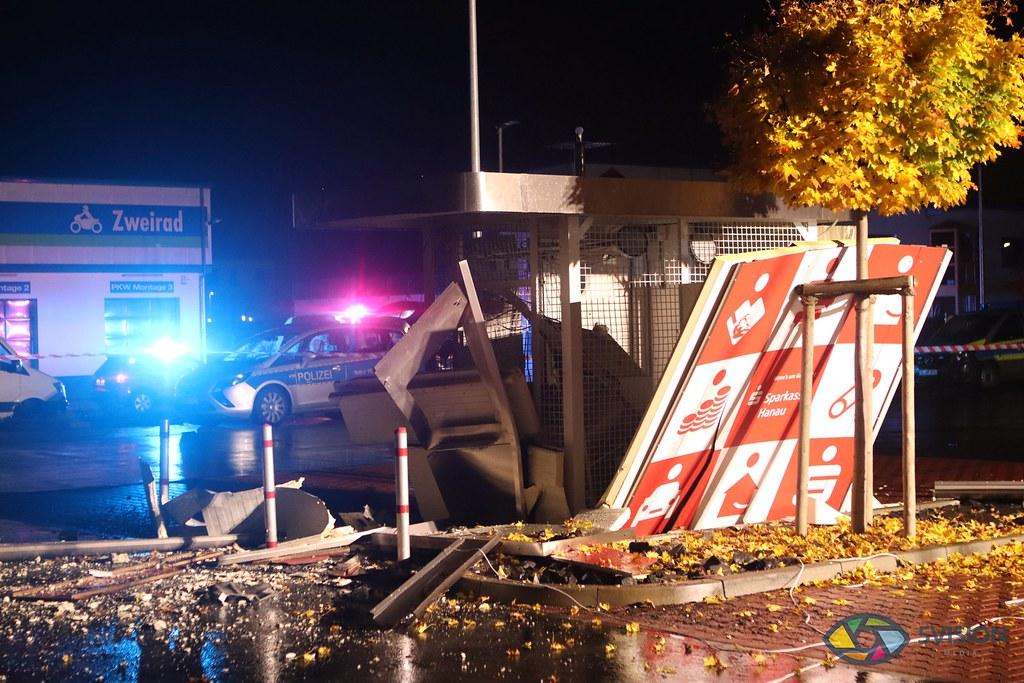 (bt) At 2:45 a.m., the fire brigade and police were alerted to a blown up ATM on the premises of a discounter on Keltenstraße. Numerous people had previously been woken up by the detonation, and several witnesses called the police. The alarmed fire brigade checked the scene with a thermal imaging camera and a gas detector for possible embers and gas residues. A danger could be excluded. For the subsequent preservation of evidence by the police, the crime scene was illuminated and the site was then handed over to the officers.

Additional report from the police headquarters in Southeast Hesse: 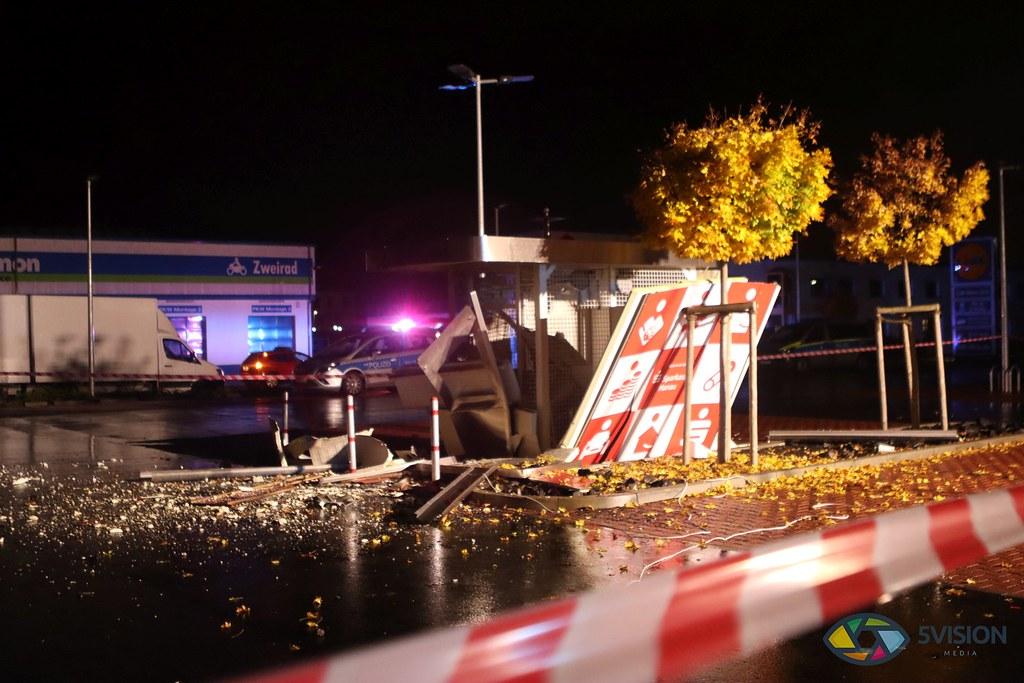 ATM blown up: who can give clues? – Bruchkoebel

(fg) Unknowns blew up an ATM in a discount store car park on Keltenstrasse early Monday morning. It is still unclear whether and how much money was stolen. The investigations by the criminal police are still ongoing. The blasting of the ATM did not cause any damage to the building. Around 2.40 a.m., the police received several emergency calls about detonations in the Keltenstraße area in the industrial area there. Police patrols who were called in immediately found the demolished ATM in the discounter car park a short time later. Police are now appealing for witnesses. Anyone who can provide information about the course of the crime, the perpetrators or the getaway vehicle is asked to call 06181 100-123.

Photos: Courtesy of ©5VisionMedia. The image material is not intended for free use.

Tweets related to this event: